The Best Dutch Foods in the Netherlands

I’ll be real with you – there’s nothing paleo about Dutch food in the Netherlands.

Lotta bread, lotta cheese, lotta ice cream. Which is ok with me, because I like all of those things, and they’re excellent for a vacation.

Pretty sure I couldn’t live there and maintain a reasonable size, though. I mean, they eat sprinkle bread for breakfast.

You might be wondering, “Jessica, what is sprinkle bread?” Well, you’re in luck, because I’m about to share this marvel with you.

First, you take your slice of bread or breakfast toast (there are usually 5 or 6 different kinds to choose from), and spread it with Nutella (or jam, if Nutella isn’t your thing – but if that’s the case, who are you?)

Once you’ve got your bread of choice spread with a thick layer of Nutella, you grab the container of chocolate sprinkles (or fruit sprinkles if you prefer, but again I ask, who are you?) and sprinkle them all over your Nutella. Then you eat it.

This is breakfast in the Netherlands.

Since we were on vacation, and we wanted to experience the culture of the place we were in, we of course partook in said sprinkle bread, as well as a variety of other non-paleo experiences.

In the interest of the most non-paleo post ever, here are my recommendations for the best Dutch foods if you find yourself in the Netherlands:

It took until about the second to last day of our trip for us to find these, but once we did, I didn’t hesitate.

They’re basically tiny little dense pancakes covered in butter and powdered sugar. Every bit as delicious as they sound.

If you get them, try to get them from a food truck or street cart. If you want to make them at home, you’re going to need this pan.

Two pizzelle cookies, made into a sandwich with a caramel filling inside.

They’re crispy, but if you set it on top of your mug of coffee or hot cocoa, the steam will soften the filling, making it warm and melty.

We read a lot before leaving that the Dutch really love “drop.”

It’s licorice, but not like you know licorice. It’s not super sweet, and doesn’t taste very good.

We sampled a few different ones from a store where you could buy it by the piece. Not terrible, but not delicious.

Worth saving the calories for other things, in my opinion.

They might refer to these as meatballs on the menu, but don’t be fooled.

Yes, they have meat in them. No, they are not meatballs like you know meatballs.

They’re fried balls with a crispy coating on the outside. When you bite into them, you’ll find a gravy-like filling with a bit of meat and herbs mixed in.

Don’t get me wrong, they’re really good. They should just be referred to as gravyballs instead of meatballs. Call a spade a spade.

Then dip your spade in mustard for a true Dutch food experience.

If you’re going to the Netherlands, I hope you like french fries. While considered a convenience food or fast food here in the US, “friets” are on every menu over there.

Even if you don’t order them, they come with your meal. You’ll get one with everything from satay to steak, and always with a side of mayo for dipping them in.

Sadly, none of their mayo tasted as good as my mayo, but if you haven’t tried dipping your fries in my mayo, I’d highly suggest it.

Speaking of satay, I never did figure out the link here.

Once we got home, I did some research and found out that Indonesia used to be a Dutch territory, which explains a lot.

Just like fries and mayo, almost every restaurant had a satay option on their menu. The options were usually chicken or pork covered in a peanut satay sauce. (Here’s a paleo satay sauce recipe, if you want to try your hand at it at home.)

They were served with a tangy shredded salad of some kind, as well as these really bizarre shrimp chips, aka prawn crackers. I found some on Amazon here.

Odd to me that they have a bunch of artificial coloring in them, as they actually have no color and are white.

Ok, I know this isn’t really a specific “Dutch food” per se, but it is over there. In every town we went to, they had separate (and multiple) stores for both bread and cheese.

And they’re not bread and cheese like you’re used to – they’re really really good. And authentic.

The cheese is pungent (which sounds like a gross word, but is the best way I can describe it), creamy, rich, and delicious. The bread is freshly baked, crispy on the outside, soft in the middle, and everything perfect about going off the paleo deep end for a hot minute.

We definitely ate more bread and cheese in 10 days than we have in a few years.

We did still shop and cook a lot on the boat, and had plenty of paleo meals of sausage with peppers and onions, salads, steaks, skewers, and more. We didn’t go completely off the deep end, but we made sure we enjoyed ourselves and experienced the food of the culture we were in.

Have you been to the Netherlands? What was your favorite Dutch food experience? 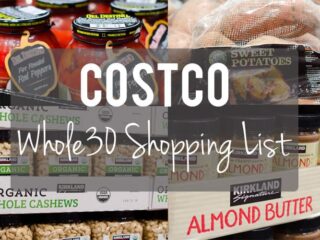 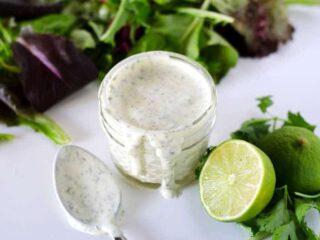