Ready in just a few minutes with a handful of ingredients, this bright, citrusy loquat vinaigrette dressing recipe is the perfect compliment to a spring salad.

Loquat trees are trees that reach heights between 10-30 feet tall. The trees are often used ornamentally, but they bear an edible fruit, the loquat itself. The fruits are the sweetest when soft and orange. The flavor is a mixture of peach, citrus and mild mango.

Loquat recipes are not that common, as most people don’t know the fruit can be eaten. But once you discover it, and the abundance that the trees produce – as well as how easy they are to grow in warm climates – you’ll never look back.

Where do loquats grow

The loquat tree originated in China. It is also commonly found in Japan, Korea, northern parts of the Philippines, Himachal Pradesh in India, the Pothohar Plateau in Pakistan, and hilly regions in Sri Lanka. Loquats fruits are sometimes referred to as the Japanese or Chinese Plum.

When do loquats ripen

One of my favorite things about springtime in Charleston is the loquats. They start to ripen in March and are out in abundance in April. I’m constantly amazed that no one uses these, or even just eats them!

They hang in large clusters from trees – in people’s yards, on city sidewalks. I’m sure there are other crazies out there like us, who find them growing on city sidewalks and show up with a ladder and pruning shears and bags to collect them in, but I haven’t seen them yet. We must be at different trees.

They didn’t bloom last year, which was a bummer. We have a tree in our backyard, but it suffered pretty heavy damage from the fire, so it’s just starting to get itself back together. But they’re blooming EVERYWHERE right now, so there’s no shortage. I highly recommend a bourbon loquat smash cocktail–it’s delicious! (Notpaleodontcare.)

How do I make loquat dressing

First things first, you’re going to need some really great olive oil. My favorite olive oil ever ever ever is from Kasandrinos. I love tasting it fresh when it arrives—peppery and crisp and delicious!

I literally open the can and get out a spoon when my new shipment arrives. It’s so flavorful and a must for making your own salad dressing! Check it out here.

You’ll also need some vinegar, mustard, a dash of oregano – and of course, loquats!

You’re going to juice them and strain them, so don’t worry too much about the smashing part. Just have fun with it and dig in!

Once you’ve got your loquat juice, you’ll combine all your ingredients together. I really love making salad dressing with my immersion blender, but you can also whisk by hand to take it old school.

That’s it! Store in the fridge and use in about 2 weeks for a bright, fresh, springtime salad. Bonus points if you cut up some loquats and put them on your salad too.

What else can I make with loquats

Since loquats aren’t typically sold in stores, they aren’t that common for recipes. There are a few out there that we have found that we come back to over and over in addition to this salad dressing.

The Loquat Bourbon Smash from The Kitchn is one of our favorite loquat recipes. I’m not going to lie – it’s a PITA to seed all of the loquats and make the simple syrup. But once you do, it’s 110% worth it.

We make it with coconut sugar, keep a double batch of it in the fridge, and it lasts us all spring for refreshing cocktails.

I could also see things like a loquat jam or a loquat crumble dessert being really tasty. I’m going to try out my apple cobbler recipe with loquats instead and see how it goes, and I’ll let you know.

In the meantime, enjoy some fresh loquat salads with this bright loquat vinaigrette dressing – they’re only briefly in season, so grab them while you can! 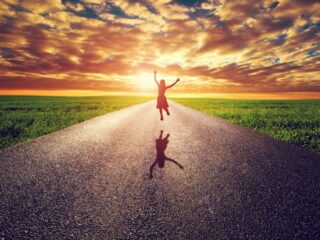 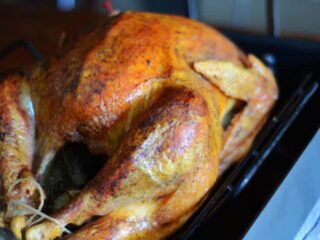 I want to use as marinade will be making soon

Wow I have always wondered what to do with loquat's so I love that you shared this!

Ahhhhhh loquats! What a great way to use them. I always have friends trying to give me buckets of them and I never know what to do, but I will totally make salad dressing. I LOVE fresh dressing.